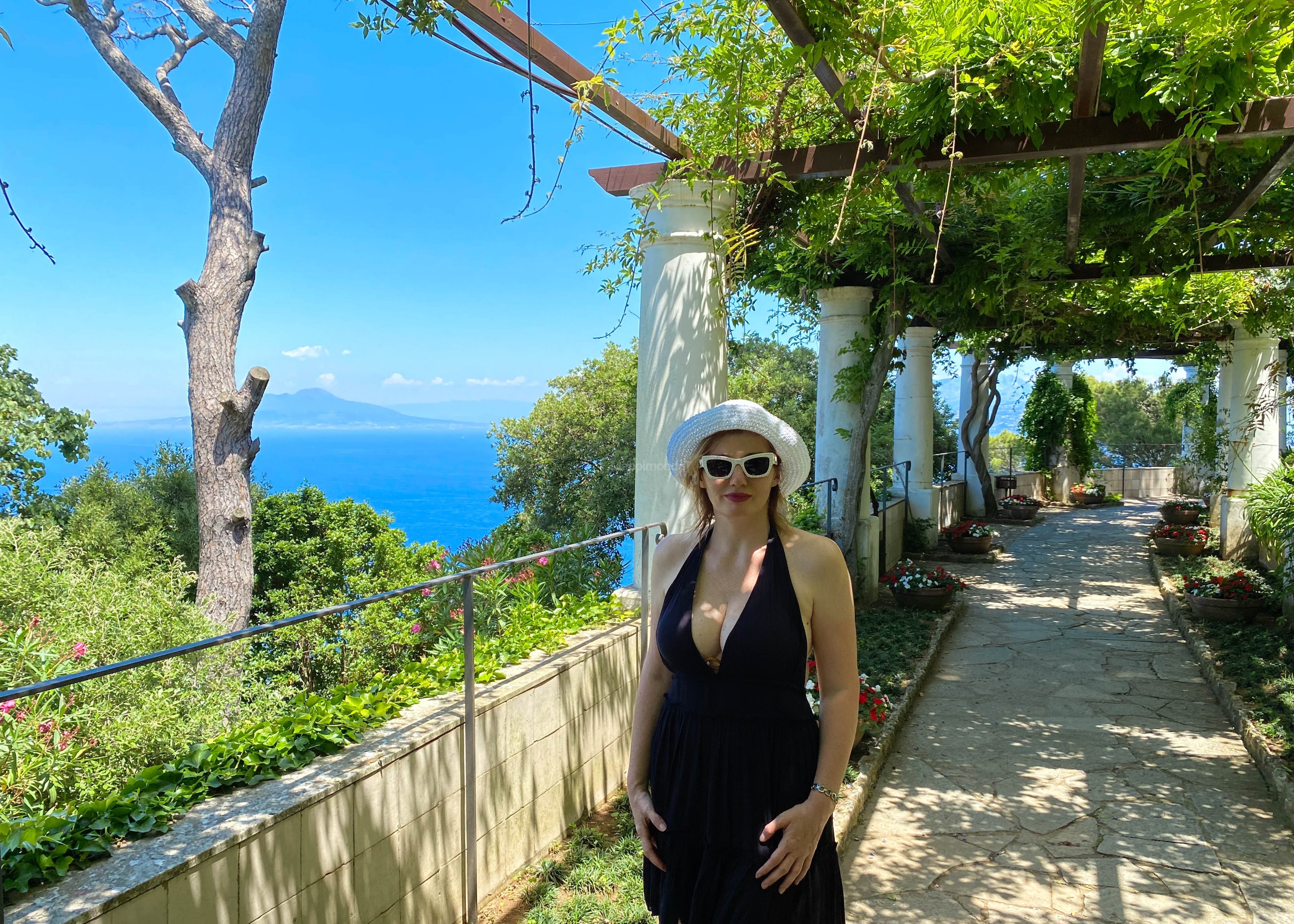 My name is Marpi and I’m an endless dreamer, not to mention a restless traveller. I have a wish list that runs on and on, and a whole world just waiting for me to reach it with my suitcase.

I was born in the Province of Foggia, where a holy man, Padre Pio, decided to spend his life, and where another legendary figure, the Holy Roman Emperor Frederick II, reached the end of his.

Simply put, I was born where the sun can split stones, where the wind flows through your veins, where orecchietta pasta and turnip sauce form a delicious union, where the Tremiti Islands are our version of the Maldives.

I was always the “girl with her suitcase ready”, a necessity when you grow up with a mom who’s an artist, like mine. After graduating from high school of classical studies, I packed a bag so huge it barely fit in my car, an ultra-compact Fiat Panda, and then I left not just Apulia, but a large extended family, as well as my very best friend and the rest of my circle of close acquaintances, setting off in search of my own version of “La Dolce Vita” in Rome, the Eternal City.

Once there, I studied for a degree in political science, and then, like the vast majority of Italy’s university graduates, I had to decide between biding my time, until a positive response came in to one of my job applications: I could either study for a masters or sit on the couch at home. I chose the first option, and then, after earning not one but two master’s degrees, I plunged into the jungle of jobs for limited periods of time, with bizarre working hours and tasks and duties that were often left distressingly vague.

In my last year in Rome, I found myself without a job and without a home, all in the space of just fifteen days. What more could I want out of life?

And then I came across a posted notice that said: “Want to live in London? Call me! Jasmine”. I dialled the number, and in three days’ time I had packed up my life in Rome and moved to Great Britain.

A new life: a one-way ticket to London

I landed at London’s Stansted Airport all by myself, not knowing anyone, in the middle of a light but steady rain, carrying three suitcases, plus my pocketbook, as if I were the Indian goddess Kali of the many arms.

The day got off to a “great” start. I arrived in London itself at a station that had no escalator, just a long flight of stairs that I somehow needed to make my way down. An unkempt young man came from behind me, grabbed two of my massive suitcases and started running down the stairs. Frightened, not ready to trust anyone’s motives, I ran after him, definitely not intending to give him a friendly hug and a kiss in the way of a thank-you. He simply looked at me and said, “Come on, hurry up!”, and that was my first lesson of living in London: no prejudices or preconceptions allowed.

I spent the first day and a half crying in a room that measured maybe five feet by six and a half feet, leaving just enough space for a bed, but not for the wardrobe, which had to stay outside.  I quickly learned that I was sharing the apartment with 8 other people!

So l began to plan my “escape” to Brussels, where my best friend from home lived. But before I could buy my train ticket, the turning point arrived.

I took the underground to Piccadilly Circus, and as I came up the stairs of the station, I saw Regent’s Street and it hit me: a moment of blinding revelation, as if I were St. Paul on the road to Damascus. I began walking and happened upon one of England’s storied red phone booths. I looked up, and right in front of me was Big Ben. A Brazilian street-sweeper passed by, flashing me a grin filled with dazzling teeth. “Smile, you’re in London!” he said. And I did. He invited me to an old Victorian pub for a beer, and I found myself happily chattering away with him until late in the evening, along with a number of other people whom I’d never met in my life.

So a red telephone booth, Big Ben and a pub changed my life!

I decided to go live in Notting Hill, in a beautiful home with a broken staircase.  There were quite a few housemates, as well as a glamorous neighbour, a music producer by the name of Adam. Then I moved into a third-floor apartment in a building with no elevator, but a view of a chocolate shop and a funeral parlour, plus a French musician whose habits were anything but run-of-the-mill.

One summer I received the job offer of a lifetime, though it would take me from Great Britain to an unexpected destination.

The capital of fashion and cocktails: reaching Milan.

I began commuting back and forth between London and Milan.

Milan is Italy’s answer to London, though with a warmer climate in the summer, plus a style that’s all its own, as you notice even the cappuccinos they serve you in its cafés.

Milan is a lot like its cocktails: they should be tasted slowly, but after that you just can’t do without them!

A friend was always saying to me: “You’re so lucky! You have the life everyone dreams of:  you live in London and you work in Milan!”.

It was true, and I loved that period dearly.

The problem was I wound up spending more time on planes than in bed, while fixing dinner dates with friends proved to be more complicated than getting an appointment with the head of a major corporation!

The Shaman says “Go west”: I’m off to America.

Having returned to London, I meet a Shaman who tells me: “Go West! In another life you lived in California, in Los Angeles. You belong in the West, out in America. Go home!”

And I took his word for it.

I began a series of lengthy, fascinating trips, setting out on my own personal “conquest of the West”.  I discovered every corner of America: from New York’s Empire State Building to New Orleans’ French Quarter in New Orleans, from Buffalo Bill to Elvis Presley, from Alabama fried Chicken to massive steaks in Montana, from the razzmatazz of Las Vegas to the silence of Monument Valley.

Naturally, I went to Los Angeles, in order to return to my prior life.

Having “rediscovered” myself in America, I “lost myself” once again in Italy, meeting a guru who was there on vacation from India, and who introduced me to transcendental meditation, which led me to:

Om Mani Padme Hum: on the road to India, Nepal and Tibet.

As Deepak Chopra, the guru of mediation, would say: “Go inside yourself, to that quiet place where you feel the connection to your higher being”.

My quiet place lies not just inside of me, but in an actual physical location, a site of the soul that goes by the name of India and Tibet.

Eat Pray Love: heading for Bali and the Orient

As if all that my imagination and my reading gave me wasn’t enough, one day I just happened to go see the film Eat Pray Love. I knew nothing about it, except that it starred Julia Roberts, and so, along with a few million other people, I fell deeply in love with Bali.

How could the Orient not do that to you?

The more I travel, the more I discover that I’m not the one who chooses the trips, it’s they who choose me.

All aboard for the next destination! 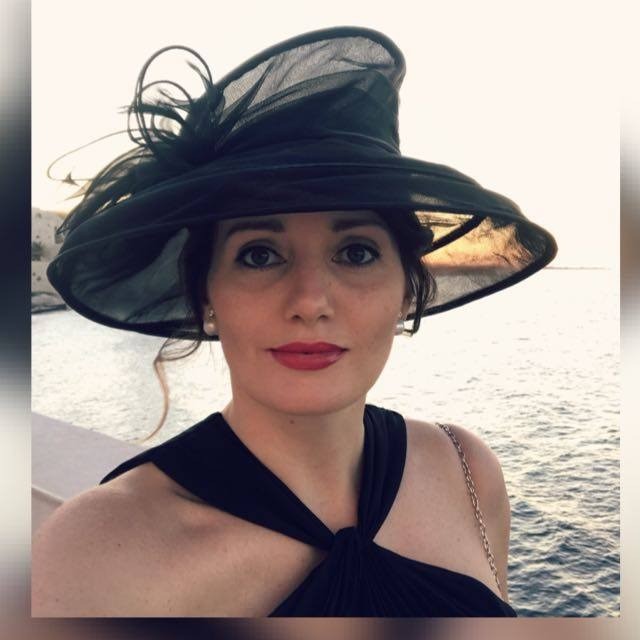